The 15 minute city is an important step for sustainability: let's not take our foot off the gas 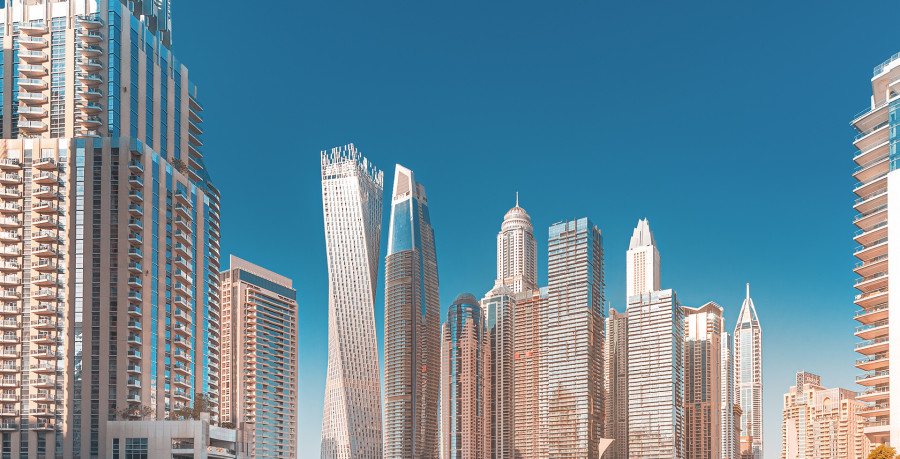 The 15 minute city concept has made a remarkable resurgence over the last year or so. Restrictions to our usual way of life have put into sharp focus the requirement for a more balanced approach to proximity, in which access to daily necessities are within convenient reach for city residents. We have been forced to rethink our perception of density and its role in shaping cities of the future.

Stripped back to its core, the 15 minute city concept is centered around the idea that a place of work, as well as commerce, healthcare, entertainment and education facilities, should all be within a 15 minute walk or cycle of ones home. It encourages the creation of multiple neighborhoods and districts scattered throughout a city, marking a departure from planning policies of the last century that have emphasized the desirability of creating separate and isolated residential areas.

Reducing our carbon dependency - in which cars and other high-carbon transport are rendered all but redundant and swapped for walks and bicycles - is a key theme. The creation of multifunctional public spaces, additional green spaces, community gardens and re-purposing our real estate are a few other key objectives from an environmental standpoint.

It is a concept that is simultaneously historic and revolutionary, marking a return to civilization's earliest days of community building, yet entirely reimagining the way we design our future cities.

First theorized by French Scientist Carlos Moreno in 2014, the 15 minute city, despite a relatively muted pick-up in its early years, has been propelled into the spotlight in response to pandemic conditions and the growing environmental agenda. Paris Mayor Anne Hidalgo made it a centerpiece of her 2020 re-election campaign.

Local authorities, urban planners and real estate professionals across the globe have taken kindly to the idea: Amsterdam, Barcelona, Berlin, Lisbon, Milan, New York, Singapore, and Stockholm are just a few of the major forces incorporating 15 minute features into their city masterplans. Many of our 550 member firms across the globe continue to express enthusiasm for the idea as we continue research for our Sustainability Series.

The social and economic benefits are of noteworthy significance, namely in respect of creating mixed-use neighborhoods and their role in social equality and cultural diversity objectives, but it's the environmental and sustainability element that takes center stage. A greener approach to urbanism is the golden thread which runs throughout.

It is for that reason the global community mustn't take its foot off the gas.

We need global powerhouses to continue leading the charge. Take Paris, where Mayor Anne Hidalgo has already doubled bicycle lane infrastructure and promised to ban petrol cars by 2030. Her aspiration to turn the city into Europe's greenest is the sort of tenacity required by leaders across the globe.

Barcelona is roaring ahead in its creation of low-traffic neighborhoods, with their superblocks, where motorized traffic is banned, and additional space is given over to people and green space - set to surpass the 500 mark in the near future.

Lisbon is expected to play home to 200km of bicycle lanes by the end of 2021, while plans to pedestrianize Oxford Street, the shopping capital of London, is a fitting example of how we can reimagine even the most historic of public streets. New housing developments in Berlin have included bars and restaurants.

Other thought-leaders include the likes of Singapore, where its carefully designed green agenda is flipping the historic concept of a garden city on its head; a city in a garden is the mantra.

There isn't enough room on this page to list all of the fantastic projects that are being implemented across the globe.

The way we develop and redevelop new buildings and public spaces (and use our existing ones) will also be of crucial importance. The concept of flexibility must be at the top of the agenda for developers, planners, consultants, and policy makers as the value of mixed-use buildings and settings becomes all the more pronounced in the environmental context.

The global real estate community is also increasingly conscious of the value of refurbishment over demolish and rebuild.

Paris is one of many cities that have opened public buildings for out-of-hours use, while the authorities in New York have long been vocal proponents of reclaiming the streets for other outdoor activities like exercise classes. Again, similar initiatives are being rolled out in many parts of the world.

Creating a truly connected city is no easy feat, but it is often said that global challenges require local solutions. And while the concept clearly won't work for everyone, the rapid adoption of the 15 minute city concept from Berlin to Barcelona and Melbourne to Milan illustrates that it holds intrinsic value. Where there is room for application there is demand.